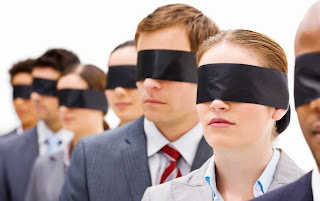 As we move further along in the Pretrial Justice Institute’s self-declared Bail Month, I wanted to point out a recent story out of Minnesota that I believe should open people’s eyes to the real failures of the pretrial community.  This morning the Star Tribune published an article about the 100s of people with mental illness languishing away in Minnesota jails.  Now, it is important to understand that this is not an article that the Pretrial Justice Institute (PJI) was behind.  Nor was it a story that the Justice Policy Institute (JPI) was behind.  How do I know?  I know, because it doesn’t point the finger at commercial bail as the cause and the problem.  And just for the record, they definitely wouldn’t be behind this story, because it is ultimately reporting on the failures of their own programs.  As most people know, the pretrial community (especially groups like PJI and JPI) isn’t much for discussing the real issues around the criminal justice system.  Instead these two organizations would rather spend valuable tax dollars (which they are constantly complaining about not having enough of) and private donor dollars to publically defame and disqualify one of the most effective components of the criminal justice system…and yes, I am talking of course about the commercial bail industry.

The interesting and troubling thing to me about this article (which can be viewed here… “Left in limbo, hundreds of Minnesotans with mental illness languish in jail” ) is that it really opened my eyes to the real misguided motivation of thepretrial community.  And I say misguided because, personally, I honestly believe there is a purpose and role for pretrial services in helping people with special needs, but unfortunately in reality that purpose and role goes unfulfilled.

For example, according to the article, “on any given day, the Hennepin County jail holds 100-200 inmates with severe psychiatric disorders.  That represents ¼ of the jail’s population, and they languish there, on average for three months before getting proper psychiatric care.”  Notice how they don’t mention that those people are there because they can’t afford a bail bond.

Now I am under the impression that Pretrial Service Agencies were created to assist and manage these types of populations.  They were designed to assist the truly indigent…those without means and without connections to family…those who have mental health issue or substance dependency/abuse issues.  But the problem is they are failing when it comes to this mission.  Instead they have taken their eye off the ball and focused it squarely on the commercial bail industry.  Nowhere can I ever recall seeing something about the intent of pretrial services (when it was first conceived) to be about people should not have to pay for a bail bond.  It has always been about making sure that those that need help get it.  So why today is the sole purpose and mission of the pretrial community to eliminate money bail?  Why are they so focused and committed to eliminating us as a pretrial release mechanism (especially when it has been proven time and time again to be the most effective way to ensure appearance)?  Why are they so focused, that they would spend countless taxpayer dollars designating an entire month to spreading lies and negative stories about the bail industry?  Wouldn’t it seem more appropriate to having a month dedicated to helping the people being held with mental disorders?  Wouldn’t it be more beneficial and appropriate to have month dedicated to honoring the pretrial community’s successes in helping people with substance abuse issues?  Those are the questions that I believe people want answered.  Those are the questions that I believe the pretrial community needs to answer and should be answering.

Imagine if the pretrial community focused on achieving the mission on which they were first created…to helping those that can’t help themselves.  Our jails might be a different place and our tax dollars might be going towards good as opposed to going towards public relations efforts and smear campaigns.

So here are my recommendations to both JPI and PJI.  Designate a month dedicated to improving public safety.  Reach out to the commercial bail industry and find ways to work together to make sure that the people in the system get the help they need.  Acknowledge the role and effectiveness of commercial bail and show how the public is being protected more effectively when people are released on financially secured bail.  If pretrial would to reach out in this way, I know that the bail community would reciprocate and acknowledge the role and effectiveness of pretrial services.

I honestly believe that if these things could happen, then the criminal justice system would be in a better place.  Together we can be a positive force that is maintaining the proper level of accountability for those who are not indigent and taking care of those in a smart responsible way that are and need assistance.  It is time to stop persecuting and smearing the commercial bail industry and time to start embracing us as a partner.

I was pleasantly surprised this week when I was forwarded an announcement from the Pretrial Justice Institute (PJI) declaring the month of September, “Bail Month.”  Initially I thought, what a great idea, a whole month dedicated to discussing the benefits of commercial bail and sharing the facts on the effectiveness of the industry.  Especially since there is so much data available to PJI and their partner the Justice Policy Institute (JPI)…data that shows how effective commercial bail is and how ineffective pretrial programsare. To add to the excitement, earlier this month the Bureau of Justice Statistics declared 2013 the year of statistics.  Wow, a month dedicated to bail and a year dedicated to statistics, I can’t think of better environment to start a conversation about the commercial bail bond industry.  Let’s see, with so much research to share, where do you think the PJI and JPI partnership will begin?  Here are some good places they might consider…and just so you know when I say “places” I am talking about the volumes of research studies that they can tap into and share.  For example, there is:

With so much research available to them, and remember it is the “Year of Statistics,” I wonder which study they will use.  Okay, to be honest, we all know which of the above studies they will end up using… NONE OF THEM.  So then the next question is what studies will they use that aren’t on the list above?  Once again, the answer is unfortunately and very predictably NONE.  Why?  Because no study exists or has ever been done that shows that releasing a defendant through a pretrial program is more effective than commercial bail.

So then why would PJI and JPI declare that September is Bail Month?  That is a good question?  The answer of course is not to promote bail, or even promote pretrial (because it is hard to do that without any statistics…and remember, 2013 is the year of statistics, right?).  The answer is that the pretrial community is going to ramp up their taxpayer funded anti–bail propaganda machine to once again spread lies and mis-information about the commercial bail industry (much like last year’s efforts which resulted in the creation of the War on Public Safety document by the American Bail Coalition).

The most unfortunate thing about this is that the pretrial community isn’t doing this because it benefits local communities and law enforcement.  They aren’t doing this to educated people on the benefits and effectiveness of pretrial release (because that would make sense…and also, because we know that is too difficult to fabricate).  They aren’t doing this because it benefits crime victims and various advocacy groups.  And they are definitely not doing this because it saves counties money and lowers recidivism rates.  Then why, you ask?  Because it serves the purpose of the pretrial supporters.  In their mind, they need to constantly justify how good they are by declaring how bad commercial bail is, and in doing so they are able to feel good about themselves.  The problem is feeling good about yourself and just saying you’re better doesn’t make you better.

If the pretrial community wants to declare September “Bail Month” then I think the bail community should fully embrace and endorse their call to action.  I move that during the month of September that the bail industry dispense and share “our” collective knowledge and research with those in the criminal justice system.  We need to make sure that the real “statistics” are being shared so that local jurisdictions can make the best criminal justice decisions possible.  It is time for the bail community to stand up and be heard and I can’t think of a better time to do so.  After all, it is Bail Month.

If you would like to receive copies of any of the above research studies, please visit our bail bond resource library and select which studies you are interested in.